amy@ahcow.com
You are here: Home » News » KNOWLEDGE » Microplastics have entered our food chain more and more, what should we do? 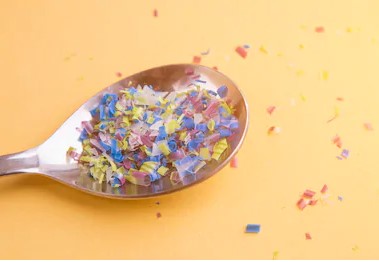 In 2019, Newcastle University in Australia was commissioned by the World Wide Fund for Nature to estimate the global per capita plastic intake after combining 52 existing research data. The results warn people: the global average per capita intake of plastic is about 2,000 plastic per week Particles, weighing 5 grams of plastic, are roughly equivalent to the weight of a credit card.

Plastic particles are entering the human body. The CNN report shows that more than 330 million tons of plastics are produced globally each year, and this number is expected to triple by 2050. When they enter the ocean, they will be eaten by filter feeders and stay in them, passing through the food chain layer by layer. Fragile babies seem to be suffering from the potential effects of plastic particles entering the body.

The UEG Week published a study that confirmed for the first time that plastic particles were found in human stool samples. Eight people who took the initiative to participate in the experiment living in Japan, Finland, Italy, the Netherlands, Poland, Russia, the United Kingdom, and Austria. They lived in different regions and had no relationship with each other. They were between 33 and 65 years old. Through this sampling test, a week later, the researchers found a surprising fact through sample analysis. The feces of these eight people all contain plastic particles, and there are as many as nine types of plastics. On average, every ten grams of feces contains about 20 microplastic particles.

Where does the plastic that enters the human body come from?

Combined with the close relationship between human activities, a large number of plastic bottles are discarded after use and eventually flow into the ocean. Plastic beverage bottles are one of the main sources of ocean plastic pollution, and 86% of plastics worldwide are not completely recycled. 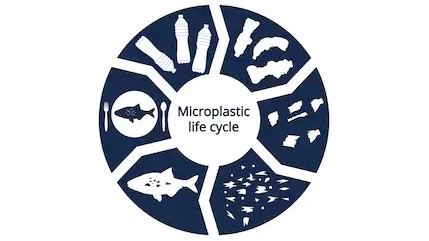 Globally, plastic bottles and bottle caps are some of the most common items washed up on the beach. Every minute, a truckload of plastic garbage is dumped into the ocean, and every second there are 3,400 Coca-Cola plastics. The bottle is thrown away, this pollution is not only unsightly but also caused serious damage to the marine environment.

In the marine environment, plastic products undergo solar radiation, chemical degradation, ocean wave impacts, and the ingestion of marine organisms. Large pieces of plastic gradually become smaller and become countless tiny plastics, gradually entering the biological chain from marine organisms, and humans eventually pay for it. In daily life, drinking water may contain invisible plastics. Researchers from the US OP Media Group and the SUNY conducted a study. They selected 250 bottles of bottled water from 11 well-known brands in nine countries for testing and found that only 17 bottles of water had no plastic particles.

These tiny particles, on average, contain 314 per liter of water. In addition, American scholars have studied 150 tap water samples from 14 cities on five continents and found that up to 83% of the samples contained plastic particles. The increase in plastic pollution has led to the ubiquity of microplastics, such as toothpaste, shower gel, facial cleanser, and edible salt for cosmetics. In Europe, a seafood eater may consume up to 11,000 plastic particles through seafood in a year. Due to the small diameter of plastic particles, they can enter tissue cells and accumulate in the liver, causing inflammation and causing chronic depositional poisoning. It is very likely that it will affect our endocrine system when it reaches a certain concentration in the blood.

You are in an Erwin Schrödinger's Cat state when you are eating.

What you eat may contain plastic or no plastic, but this may not be counted until you open the box on the day you are sick. The research report gives a prediction number that estimates that about 50% of the world’s population can find plastic in the body. Do you think particles are too dangerous? In fact, a lot of snacks, toiletries and even mineral water we drink enter our body every day. The use of plastic is a double-edged sword, which can benefit mankind, but also consume resources and cause environmental pollution. At the moment, which one do you think has the greater pros and cons of plastic?

Microplastics were detected in the human placenta for the first time

According to the British "Guardian" website on December 22, researchers found microplastic particles in the placenta of human mothers and unborn babies for the first time. The researchers said that this is "a very worrying issue."

The impact of microplastics in the human body on health is still unknown. But scientists say that microplastics may carry some chemicals, which may cause long-term damage or interference to the fetal immune system. These particles are probably ingested by expectant mothers during eating or breathing.

Antonio Ragusa of the San Giovanni Hospital in Rome, who led the research, said: "It's like giving birth to an electronic baby-no longer just made up of human cells, but a mixture of biological and inorganic substances. The potential effects of microplastics on fetuses include slowing down fetal growth, or affecting children’s gene expression patterns, leading to developmental changes, etc."

Besides, the microplastic particles were not found in the placenta of the other two women in the above-mentioned study. The researchers said that this may be due to differences in physiology, diet, or lifestyle.

A professor of obstetrics at King's College London, told reporters that the babies in the study were born normally, which is reassuring, but "it is best not to have foreign bodies during fetal development." 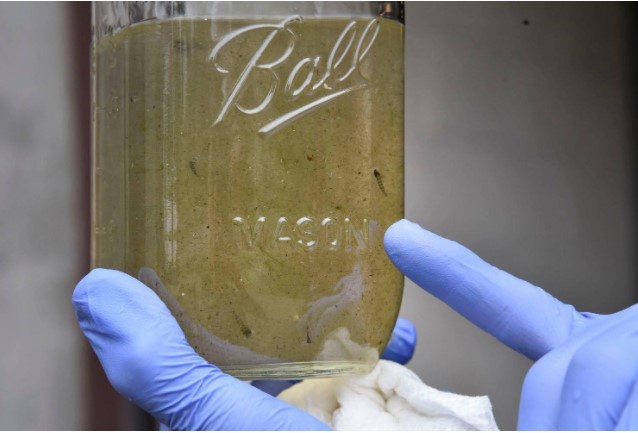 In OctobAer of this year, a paper published by researchers at Rutgers University in the United States showed that babies who use plastic bottles swallow millions of microplastic particles every day. Another study, also released in October this year, showed that plastic nanoparticles inhaled by pregnant laboratory rats can be detected in the liver, lung, heart, kidney, and brain of their fetus.

Nowadays, microplastic pollution has spread to every corner of the earth, from the summit of Mount Everest to the deepest part of the ocean. Not only that, the human demand for plastic is still "unending", and the amount of plastic waste will double in the next 20 years. Because humans are inevitably ingesting these tiny particles through daily diet or breathing, the "Science Warning" website stated that at some point in the future, the amount of plastic waste that the human body can withstand may exceed the standard.

Charles Kingsland, clinical director of Care fertility clinics in the United Kingdom, also told the Daily Mail that although it is not clear how the microplastics in the placenta affect the fetus, they may "directly poison the fetus" or reduce the number of fetuses. The supply of oxygen can lead to stillbirth or underweight after delivery. He added: "This may be a very scary situation, and humans must be more aware of the potential damage we are causing."

Carbon monoxide, hydrogen sulfide and hemoglobin produced when plastics are burned, or the blood lose the ability to transport oxygen, causing hypoxia in the brain. There is also gas that has a strong stimulating effect on the mucous membranes, in fact, it can damage the lungs and cause lung cancer in severe cases.

Affecting agricultural production, water moves to deep soil due to free gravity. However, if the soil contains plastic products, for shallow soils, the continuity of selenium-enriched water will reduce the amount of water infiltration that prevents the water from moving down slowly, weakening the drought resistance of the cultivated land and causing secondary salinization of the soil. 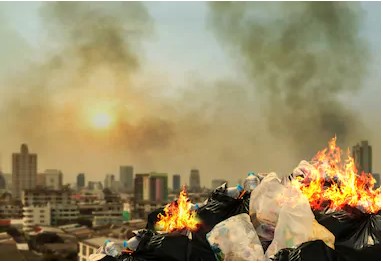 Plastic products can also cause uneven irrigation and water distribution, reduce soil aeration performance, and affect soil microbial activities and normal many. In severe cases, the soil will lose its fertility effect and no grass will grow.

Plastic garbage that endangers the safety of animals, even when the wind is low and time is decommissioned, the special plastic film on the third floor is mixed with wood, and the plastic waste on the water surface of rivers, lakes, and oceans has been mistaken by cattle, sheep and various aquatic organisms. Eating will block the esophagus, damage the gastrointestinal body, destroy the digestive function, and cause death in severe cases.

The increase in land occupation cites a large number of plastic products, which contain domestic waste, which makes it difficult to dispose of domestic waste. Today’s landfill operation is still one of the main methods for dealing with streets. Reduce the garbage disposal capacity of the site, and the foundation of the site will be soft after landfill, and harmful substances such as bacteria and viruses in the garbage can easily penetrate into the ground and pollute groundwater. The area of waste discharge is gradually increasing year by year, causing the continuous loss of limited land resources, and almost all plastic waste is combustible. In the process of natural stacking, methane and other combustible gases are generated, which may cause fires and even garbage explosion accidents. Significant losses, wasting a lot of non-renewable resources.

With the improvement of people's living standards and fast-paced social life, people are more and more interested in fast consumption. While the economy is getting better and better, it also brings a very serious problem, plastic pollution. Plastics are not degradable, so people have been looking for alternative plastic packaging products. A German team invented natural disposable tableware. This tableware is made by stitching together irregular leaves. A leaf with about two layers and a palm leaf in the middle is used for water and oil resistance. Finally, use a hot press to simply press them together and process them a little bit. The purely natural contaminated tableware is ready. No trees are needed, just fallen leaves. And no glue, paint and other chemicals are allowed in the production process. Moreover, such tableware can be decomposed in 28 days, which is truly pure and natural.